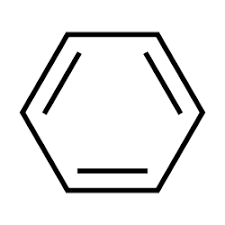 Benzene is used mainly as an intermediate to make other chemicals, like ethylbenzene, cumene, cyclohexane, nitrobenzene, and alkylbenzene. More than half of the entire benzene production is processed into ethylbenzene, a precursor to styrene, which is used to make polymers and plastics like polystyrene and EPS. Some of the benzene production is used to manufacture cumene, cyclohexane, which is needed to produce phenol and acetone for resins and adhesives. it is primarily used in the manufacture of nylon fibers, which are processed into textiles and engineering plastics. Smaller amounts of benzene are used to make some types of rubbers, lubricants, dyes, detergents, drugs, explosives, and pesticides.